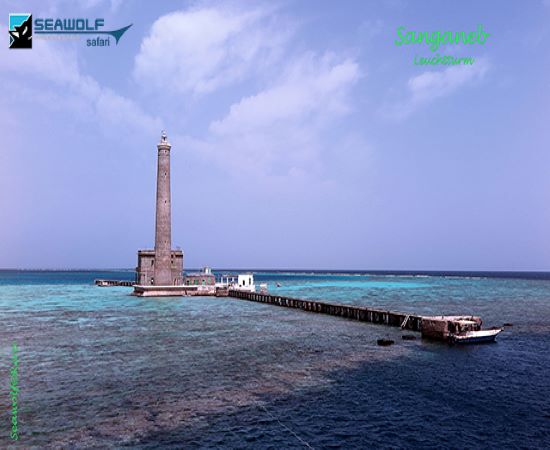 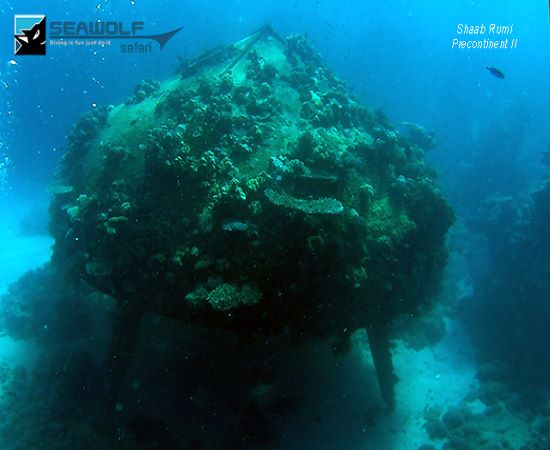 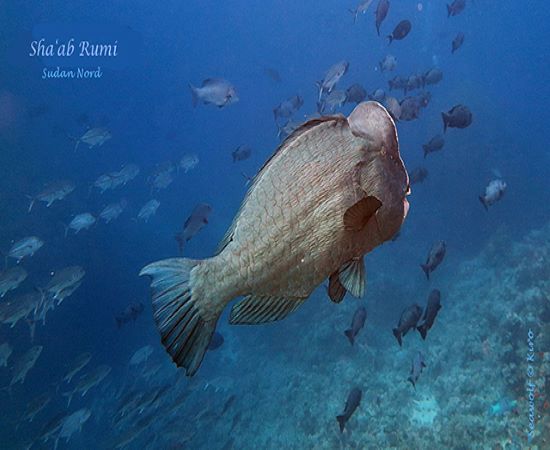 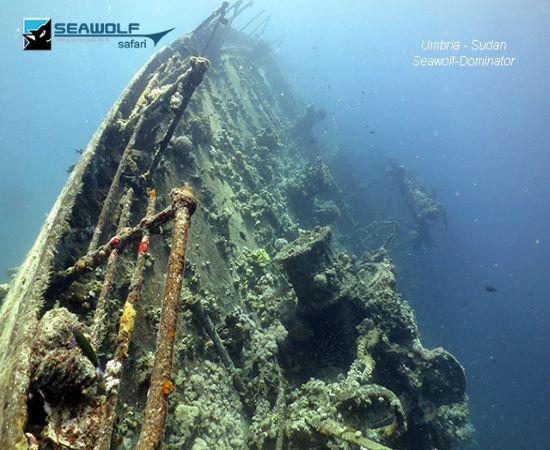 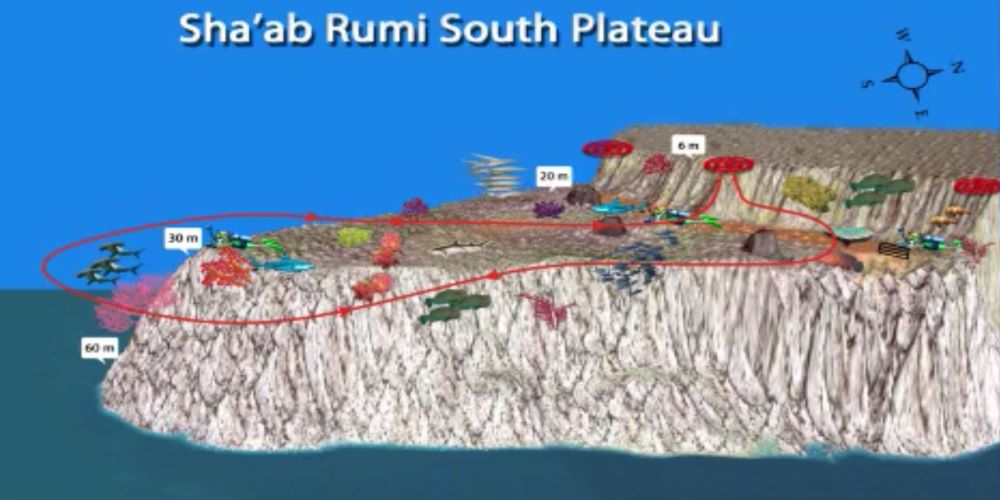 There is a variety of colors and species that make a dive an unforgettable experience. The reef wall is very rugged on the upper 15 to 20 meters and forms numerous caves and crevices. Below this is the tongue-shaped plateau, which sinks to 30 meters. There is a small channel parallel to his approach. The outside, covered with numerous hard corals, drops steeply into the depth. At a depth of 55 meters, a narrow sloping slope hugs the southern end. The Big Boys pass this long foothill into the open water.

The southwest tip is an attraction of this place: In the open water, a school of bow-fronted hammerhead sharks often patrols. If you dive a little into the blue, with a little luck, these reserved sea creatures can be observed. However, care should be taken not to swim towards them frantically, otherwise the shy hunters will quickly disappear into the depths of the open sea. But be careful: The current can pull the diver very quickly into the open water without giving them the chance to reach the reef again on their own.

After an excursion to the southern tip, the plateau can be explored in all its splendor. In the middle is a mushroom-like, beautifully overgrown coral block. The bottom is covered with sea fans, leather and stone corals, on which dragon heads lurk for prey floating past.

At the southeast end, numerous whip corals can be admired, between which jewel flagfish scurry around. A large flock of baracudas circles over it.

An old shark cage is part of the Precontinent II project on the eastern plateau. Next to it is a plaque commemorating an Austrian diver who died in 1993. A very trusting swarm of sweet lips makes this shot a dream for every underwater photographer. With a practiced eye and a bit of luck, you can also spot a stonefish that lurks for prey well camouflaged. In the flat area, there can be encounters with gray reef sharks, which pull over the plateau together with white tip reef sharks. Sometimes dolphins visit the reef. Unfortunately, the excess of air used up too quickly limits every dive. 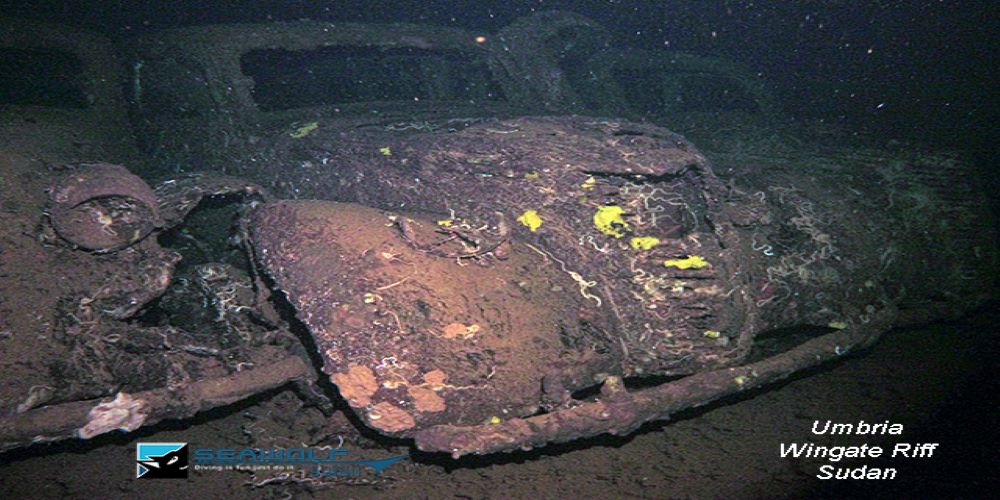 More than 360,000 bombs and 60 boxes of incendiary bombs and other explosives are stowed in the 5 holds. Cars, aircraft parts as well as cement bags and other building materials.
The route leads the "Umbria" via Messina in Sicily to Port Said, from where it is to sail through the Suez Canal and the Red Sea to East Africa.
After arriving in Port Said on June 3, it bunkers another 1,000 tons of coal and 130 tons of water. 23 British Navy soldiers and 2 pilots board here. In view of the impending entry of war between Italy and England, the passage of the canal is deliberately delayed. So the "Umbria" with her explosive cargo leaves Suez only 3 days later.
From now on she pursues the gunboat "Grimsby". It stops the freighter at Port Sudan on the grounds that it is in British sovereign waters. The "Umbria" anchors on June 9th at Wingate Reef.
Under the pretext of wanting to search the ship for contraband, Lieutenant Steves led 22 soldiers from New Zealand cruiser "Leander" on board. They immediately occupied the strategically important points and started a time-consuming search.
In the afternoon, Captain Muiesan in his cabin hears via radio that Italy will declare war at 7:00 p.m. and that the first acts of war can be expected from 12:00 a.m. the following day.
It is clear to Muiesan that he must not waste any more time so that the strategically important cargo does not fall into enemy hands. Together with the first officer Radolfo Zarli and the flight engineer Carlo Costa, he plans the sinking.
The inconspicuous evacuation of the crew is causing them difficulties.
Finally, Muiesan suggests Lieutenant Steves to conduct a rescue exercise, which he approves in the hope that he will be able to hold on to the "Umbria" even more. As the Italians begin the exercise, Steves receives news of severe water ingress throughout the ship on the bridge After a few minutes and with the ship's flank increasing, he realizes that he can no longer prevent the sinking.
On board the "Gimsby", Muiesan tells him that Italy was entering the war and that he had given the order to sink himself.
He then went to India with his crew before the outbreak of war in captivity. 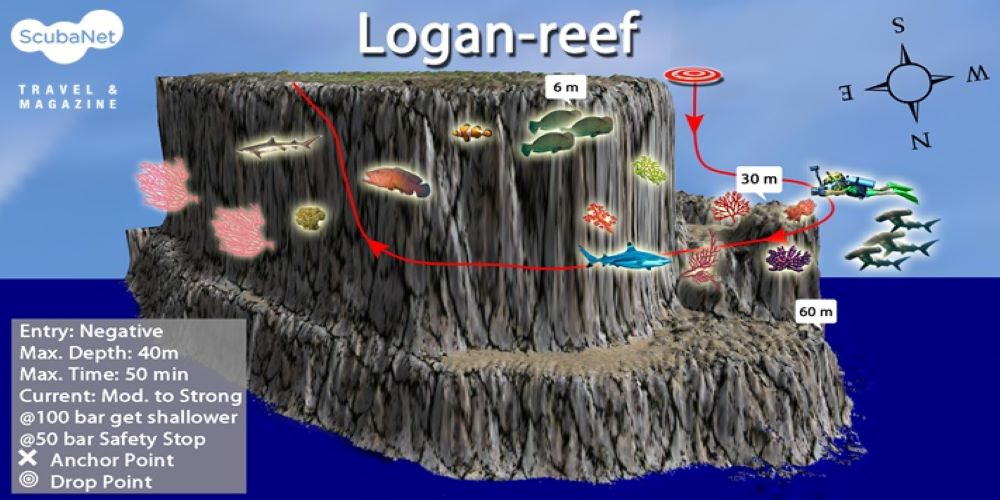 On a detour into the blue water you can meet individual specimens or even schools of hammerheads and gray reef sharks. After returning to the plateau, continue the dive with the reef on the right.
We are now on the eastern ridge of the reef, swimming through clouds of fish who are absolutely indifferent to our presence. At the bottom at a depth of 45 meters there is a series of small plateaus that are richly overgrown with soft corals and gorgonians. Here you will also find different types of reef fish and schools with large buffalo-head parrot fish nibbling on corals. 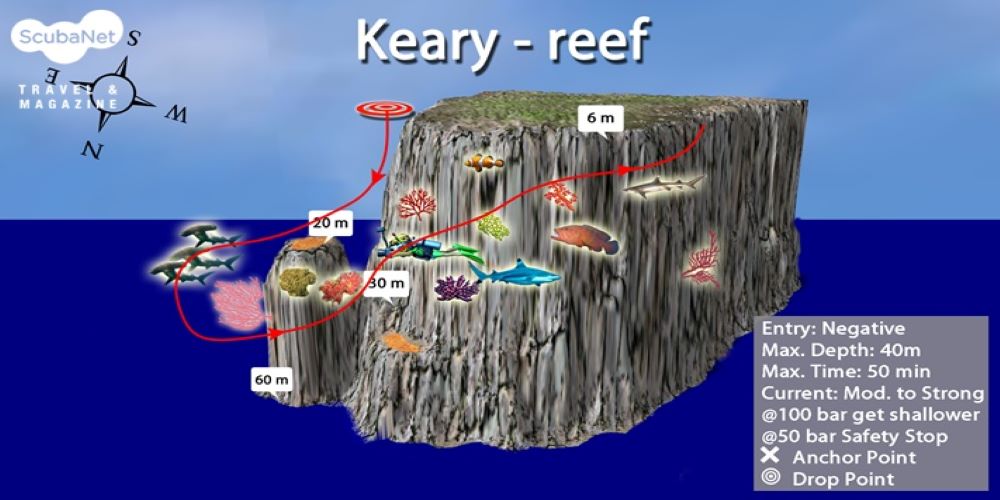 When diving on the north side of the reef, you will encounter an infinite number of whip corals and fan gorgonians. In 20 meters you can find a number of coral blocks that reach a depth of 60 meters.

After arrival in Port Sudan transfer to the boat.
Check in, dinner and spending the first night on board in the marina.

Departure in the morning.
Instruction on the boat,
Diving, safety and equipment briefing.
Dive at Wingate Reef and Precontinent II
Night dive at Shaab Rumi Lagune

Two dives at SS Umbria
Head to Port.
At least 20 hour safety rest before flying would be given to all participants.
Handing trip educational material/ videos.

Breakfast and departure.
Transfer to the airport.