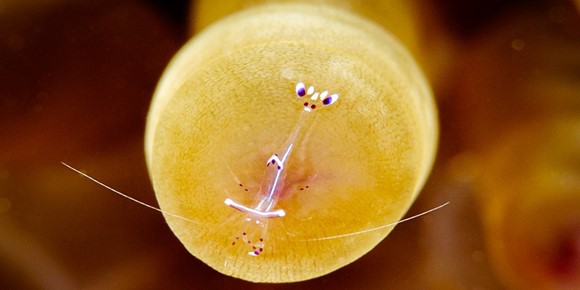 This reef is located 40 minutes northwest of Shaab Sharm and stands on the plate of Radir. Habili Radir is a collection of large and small blocks whose arrangement is unique. Rarely dived and top class!

Habili Radir is a rather narrow but long plateau with a width of 60 to 80m and a length of 250m. On the west side it is bordered by several main boulders that rise almost to the surface. The rest is spread all over the east side with sizes from 4 to 15m. Towards the east, the reef slopes continuously down to the outer plateau to a depth of 37 to 43m. There comes the drop-off edge. To the north, Habili Radir has a plateau-like extension with dozens of coral mounds of varying sizes.
This reef is rarely approached as there should be no wave if you like to anchor there.

The growth consists of hard corals in the upper part and mainly soft corals on the reef wall. In the continuation downwards and on the plateau there is a mix in all colors and structures. In the east you can see blue fan corals.

The fish population is indescribable and ranges from white tip reef sharks to eagle rays, snappers and lots of snails. Behind every block and in every cove you will find schools of fusiliers and mackerels.

Here you should also avoid swimming and snorkeling due to the currents and at times the wave.