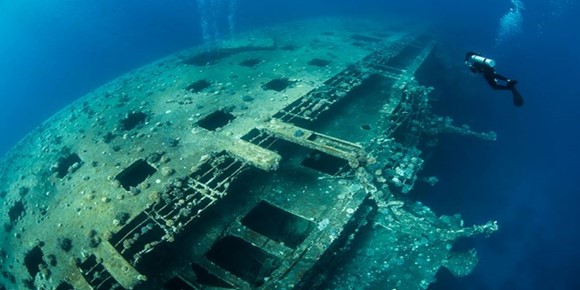 With 1105 gross tons and a length of 100 meters, the Salem Express was one of those typical, large ferries that are often used in the Middle East. She was equipped with two engines, and propulsion was by means of two shafts and propellers.

It was a tragic navigation error that caused the sinking of the Salem Express. The ship was coming from Jeddah in Saudi Arabia and was heading for the port of Safaga. Only eleven kilometers from the destination port, the ferry ran full speed into the westernmost coral block from Hyndman Reef.

A 10-meter hole had been torn in the forward part of the hull, causing the ship's huge bow hatch to burst open. Enormous amounts of water entered through these two openings and it sank in just a few minutes. Of the 690 passengers officially listed, only 180 survived the accident.