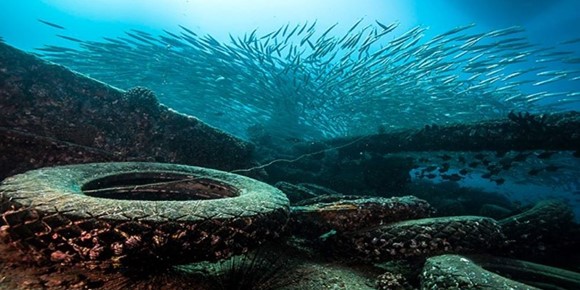 SS Turkia was built in Hull (England) under the name LIVORNO as a steam cargo ship. It was designed by Earles Shipbuilding and Engineering Co., with a triple enlarged steam engine capable of reaching 9.5 knots.

In 1916 she was used for the Hull-Trieste route. With the beginning of the 1st World War she was used for trade between Manchester-Liverpool to St. Petersburg, Revel/Riga and she completed a total of 6 voyages. After the war she was frequently used to carry perishable fruit and often coal.

Due to the poor Russian economy between 1920 and 1935, there was eventually a trade ban on non-Russian ships and the Ellerman Wilson Line had to reorganize. The Livorno was sold to Greece and sailed into Piraeus in December 1935 under the name S.S. Turkia.

The last voyage
What is known so far is that the SS Turkia sailed from New York in May 1941 with the destination port of Piraeus in Greece. Because of the turmoil of war, the longer and supposedly safer route via the Red Sea was chosen. A few kilometers from the Suez Canal, a fire broke out in one of the holds - other reports say that the Turkia was bombed, similar to the Thistlegorm.

Today, the SS Turkia can be found upright in her last berth at a depth of 24 meters. The minimum depth is 10 meters - so ideal for extended explorations.

The steam freighter, built in 1909, is a proud 91 meters long and 13 meters wide. Meanwhile, the wreck is beautifully overgrown with soft corals.