The Big Brother has a length of 200m and a width of 60m. It is almost perpendicular to the north-south direction and is a steep-walled reef except for the eastern plateau. On the island you usually have the opportunity to stretch your feet, smoke a shisha with the lighthouse keeper or buy small souvenirs and enjoy the view from the lighthouse. This can change depending on the mood of the military.

The wreck of the "Numidia" lies diagonally on the reef from 15m to 75m depth. The general cargo ship hit the west side in 1901 after a navigation error. Its cargo consisted of rails and railroad wheels. It is spread around the wreck. The overgrowth of the wreck stops almost abruptly at 40 meters.
The Numidia is one of the most beautifully overgrown wrecks in the world.

The "Aida", which nestles against the reef on the southern side at a depth of 30m to 65m, has been resting there since she ran aground on the fringing reef in rough seas in 1953. She was to bring personnel for the lighthouse and material for the island. Storms in early 2010 have left the wreck a bit battered.

Around the western end there is usually high wave and some current. If it is possible to dive there in the afternoon, you have the chance to see gray reef sharks and between the wrecks hammerhead sharks from time to time.

On the eastern plateau you can see thresher sharks, also gray reef sharks can be seen there very often. Further on the north side there are nice notches and the reef wall is beautifully covered with soft and hard corals. In addition there are all kinds of fish.
To the south is the jetty that supplies the lighthouse. On both sides you will find small notches in two to five meters depth with gigantic schools of fish, hunting cornetfish, juvenile napoleon wrasse. In the open water area, hunting mackerels, tunas and barracudas often pass by.

The Red Sea has a width of 180 km at the Brothers, yet the crew managed to hit this small island - shortly after two o'clock in the morning, Captain Craig was rudely awakened by the violent impact of the ship on the reef at the northern end of the "Big Brother".

The "officer on watch", Merwood, had probably fallen asleep at the same time as his boss. The resulting course then led the ship in truly somnambulistic safety right into the middle of the reef.
The ship was thus stuck in and on the narrow fringing reef and all efforts to free itself failed.

In the following days, attempts were made to tow the Numidia free with the help of other ships, but this failed.
Captain Craig was left with the thankless task of remaining on the desolate island for several more weeks to supervise the salvage of the cargo.
Probably in the winter storms of 1901/02, the ship was then torn from the reef and it sank for good. 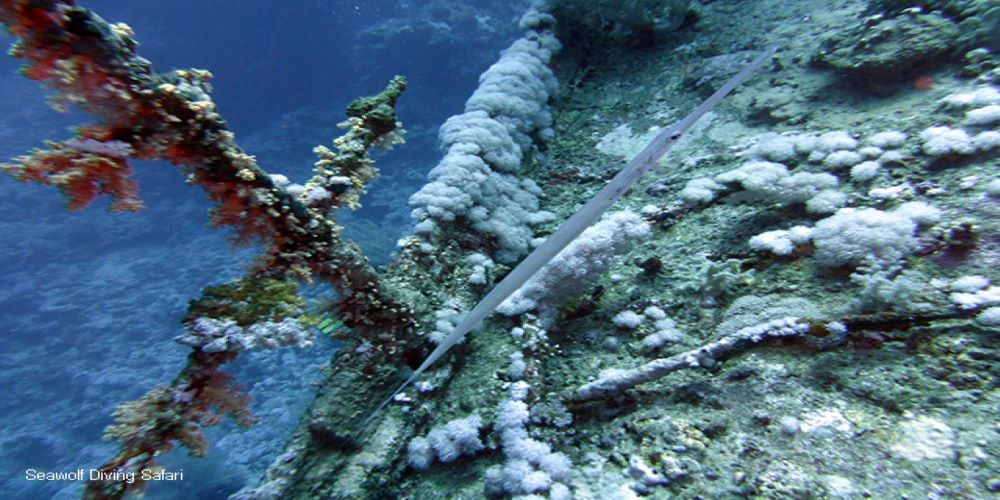 Originally intended for the Egyptian Port and Lighthouse Administration, she was later used for ferry and supply work in Egyptian ports.

The AIDA was to provide supplies for the Egyptian soldiers who were always stationed on the southeast coast of Big Brother Island on a bi-monthly basis. She carried fresh water, food and the next guard shift.

On September 15, 1957 in a heavy storm, the captain, ignoring several warnings, decided to go anyway and tried to moor at Big Brother. He struck the reef.
The AIDA began to sink rapidly and the captain had no choice but to abandon ship with his crew. A lifeboat was able to be lowered and all 77 sailors were still safely picked up and set down on Big Brother before the AIDA sank.

The dive on the AIDA is an extraordinary dive, no matter how much experience you have as a diver. It leaves you wondering how a ship can sink like that and stand on the sloping reef edge, as if parked. Since the ship no longer contains any cargo, one suspects that this has slipped through the wreck and now lies in deeper regions on the ground. Same as, the AIDA stands bolt upright on the sloping reef edge, the highest point at 25 m, the screw at 57 m. Apart from the collision with the reef, the ship is still completely intact.

It has been there for more than 40 years now and is becoming more and more part of the reef, overgrown with corals.

Little Brother runs from northwest to southeast at 100m long and 50m wide. To the north, Little Brother runs somewhat wedge-shaped. Its height is 11 to 12m and it is surrounded by a fringing reef that seems to literally guard it. On the southeast side, where the moorings are, the reef drops steeply down to 10m, where there is a small reef nose that turns into a slight slope. It ends with an overhang at 37m. After that, the wall drops further into the depths. There, a lagoon like wall runs from the north to the large gorgonian garden that extends from 18m to well over 40m in the east.

The lagoon is formed from a dried up river (wadi) and with a diameter of 150m between 5 and 45m deep. You can still see the wadi in the middle as a channel that rises to the north and south. In the north there is a plateau whose edges drop from 14 to over 40m.
The north side is characterized by boulders where you can find ghost pipefish, long-jawed makerels, glassfish and crocodile fish, but of course also as many different coral species. They reach from the reef edge partly down to 20m and are covered with life. 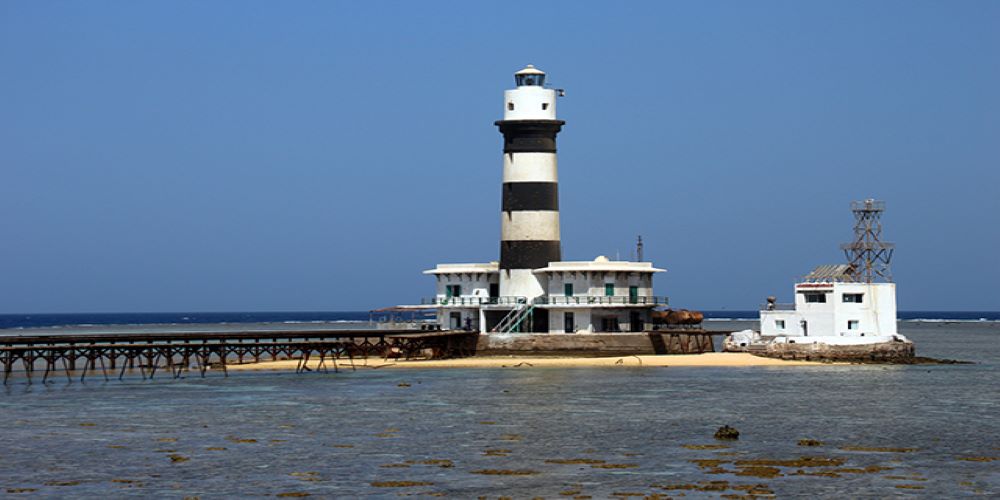 Departure in the morning.
Familiarization of the boat,
Diving, safety and equipment briefing.
Two dives at Small Giftun Island

Two dives at Big Brother
One dive at Small Brother

Two dives at Marsa Shona
Return to the port.
For safety reasons you should not dive 24 hours before your flight home.